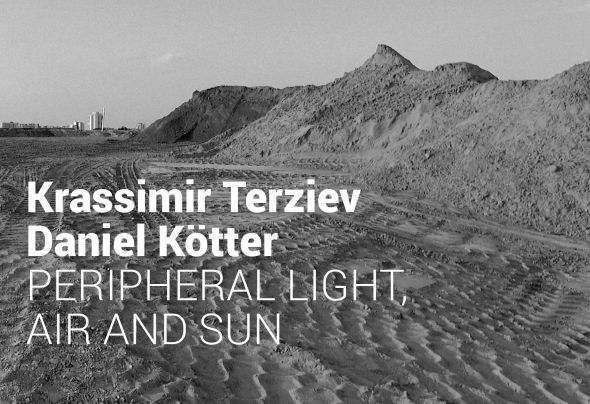 In most European cities nowadays many more people live in the peripheries than in the city cores. And yet the peripheral spaces receive much less public, academic or political attention than those iconographic spaces in the center that place the image of a city on the map of competitive global tourism and city marketing.

Despite this public neglect, peripheries are the kind of spaces that define the actual forces of urban expansion at work in the contemporary metropolises. These forces are operated by a double and complementary directional movement from and to the city: Periphery is where people are moving to from rural areas, where they first arrive to start a new urban life. And at the same time periphery is where urban people move to from the center in order to escape the density and pollution, and to gain access to calm, green space and better air.  Both movements meet and overlap at the administrative as well as geographical city borders.

It is these borders that divide the space into inside and outside, into what belongs and what is beyond. But still, the spatial relations on both sides of the border are not symmetrical, for the city produces things that it has to exclude from its center in order to guarantee the functionality of the living together: waste, dead corpses, criminals and socially marginalized. The space beyond the city limits is predetermined for storage, settlement and disposal of what is socially peripheral. On the other hand the peripheries represent the imaginary „Other“ of the city, fulfilling the need for recreation, proximity to what represents  a culturalized idea of „nature“.

Living in the periphery therefore can be understood equally as Stigma and privilege. As Abdumaliq Simone writes, the excessiveness of the periphery makes out of it a signification that must be denied, yet always reiterated (Simone, Sarai Reader 07, 2007: 462). This is the double standard the core city has exercised over the peripheries, since they are both a threat to the internal order and a buffer zones where the products of excess from the core can be expelled and new modes exceeding the norms can be experimented.

Usually bureaucracy and spatial politics conceptualize the border between city and non-city as a clear-cut line, while concrete geography and the social use of space don’t follow these administrative attributions. Natural borders like rivers, mountains or slopes occur next to artificial borders like streets, highways, fences or rows of houses.here these two typologies meet, overlay or neighbour, one can find differential spaces: between street and river, between the edge of the woods and the border fence. This type of space is characterized by a simultaneity of a no-longer (city) and a not-yet (countryside). Usually city planning does not feel responsible for this kind of space, though they are used mainly by urban people and less by rural people.

One of the paradigmatic peripheral spaces located at the edge of European cities nowadays is inherited from the modernist blueprints of “light, air and sun”: The Plattenbau/panelki lands providing affordable housing for the post-war generation with green empty spaces in between the blocks. The ongoing urban shift from the modernist idea of overarching, comprehensive and visionary urban planning to a more project based, „splintering“ approach tackling pragmatic problems of the day and seeking quick turnover is especially visible in those urban districts where the archetype of rational planning - the reduced cubicle of the living block belted by the rigid orthogonal street plan – nowadays is neighboured by the skeleton of the new shopping mall or a refashioned single family house, by a slum shack or a wasteland, by a new highway or a waste dump.

preview composition of the four channels in full lenght - 13 min 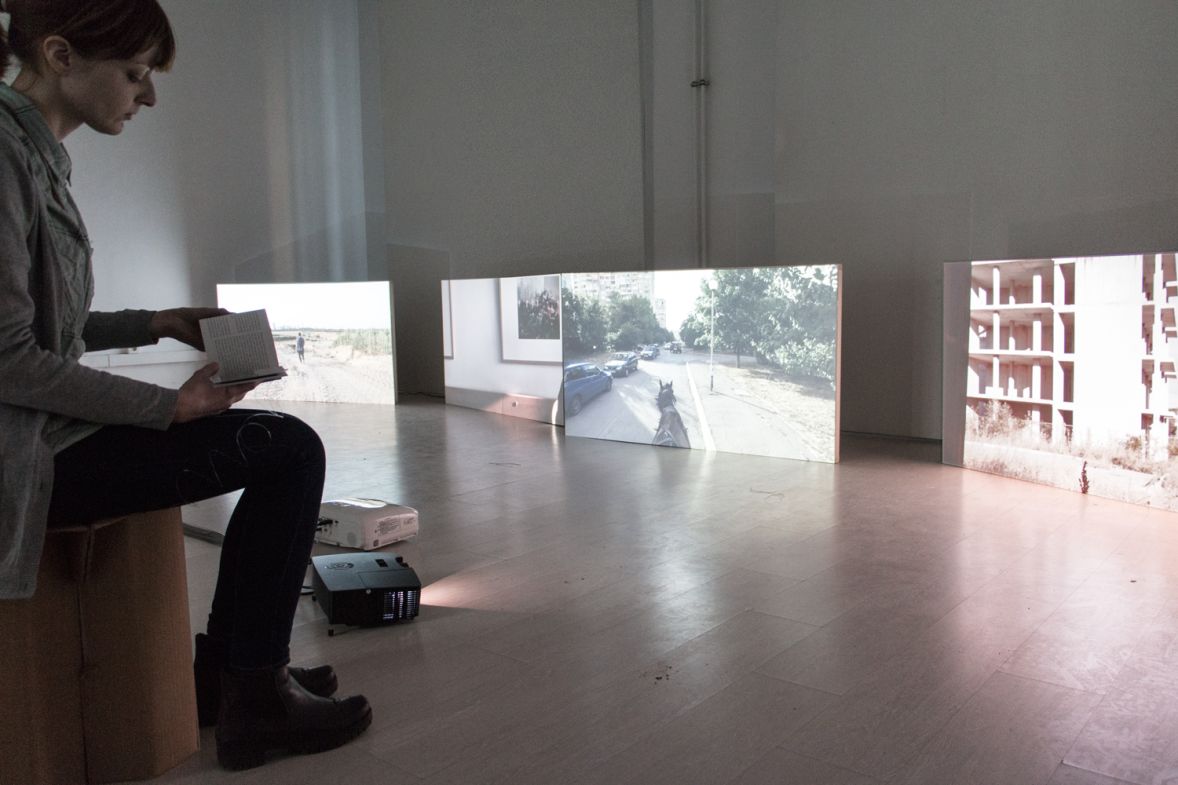 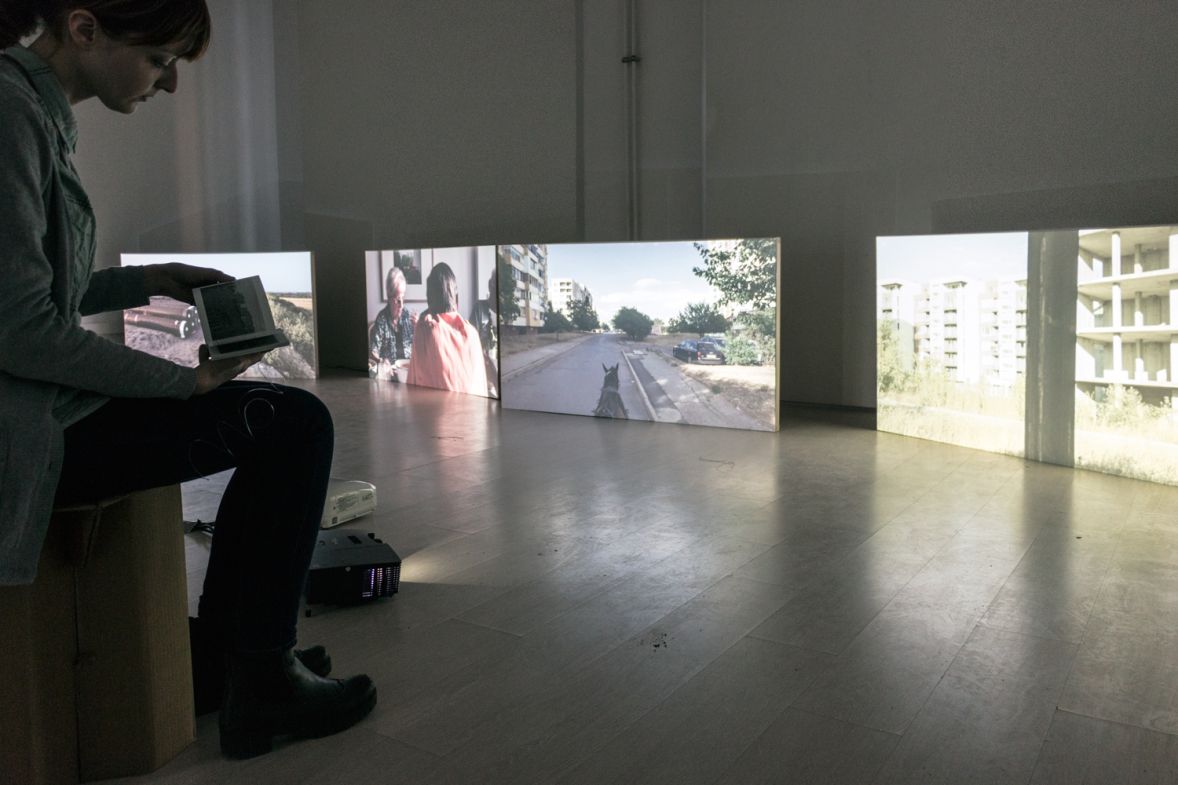 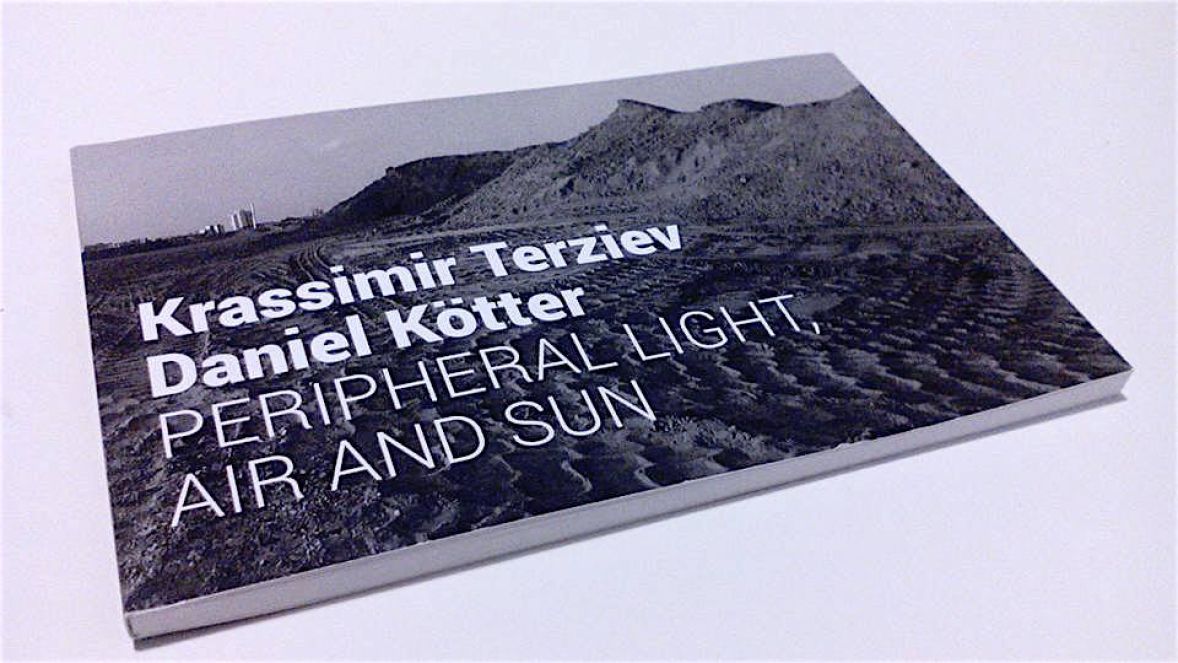 small size book as part of the presentation of the work

small size book as part of the presentation of the work