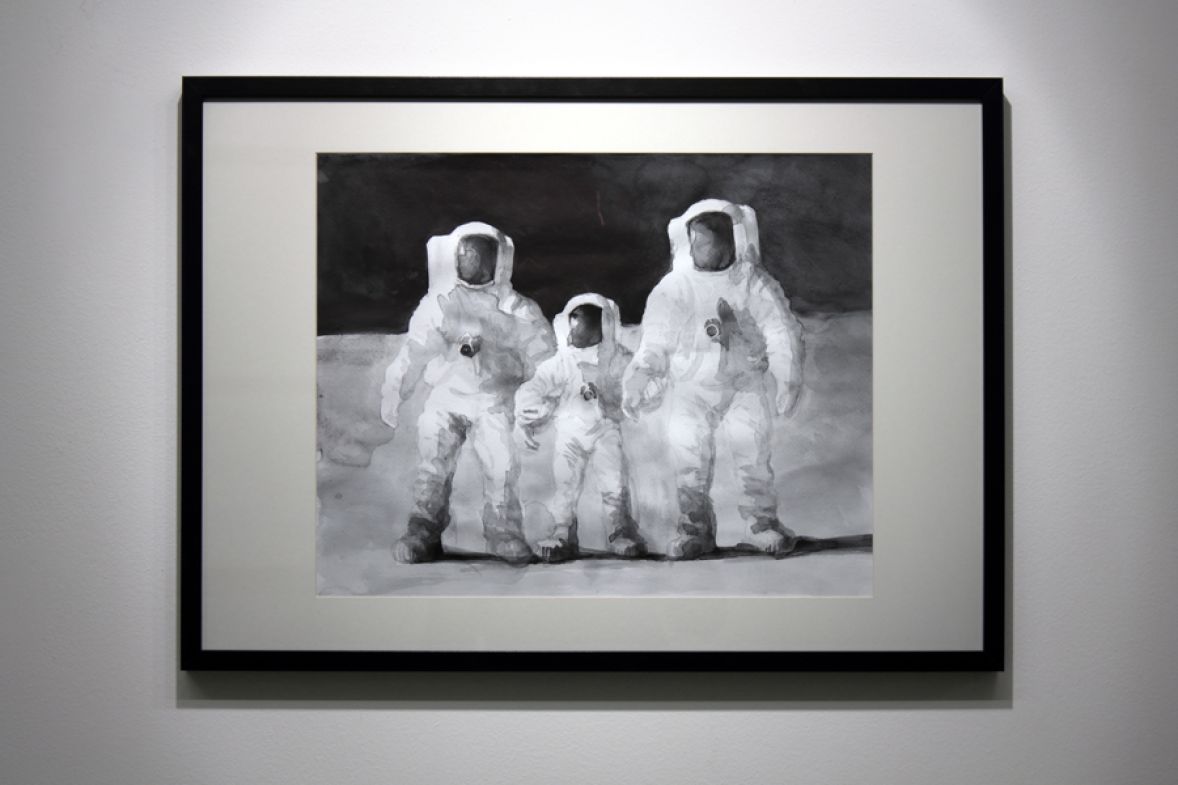 Monument to the time elapsed, 2013 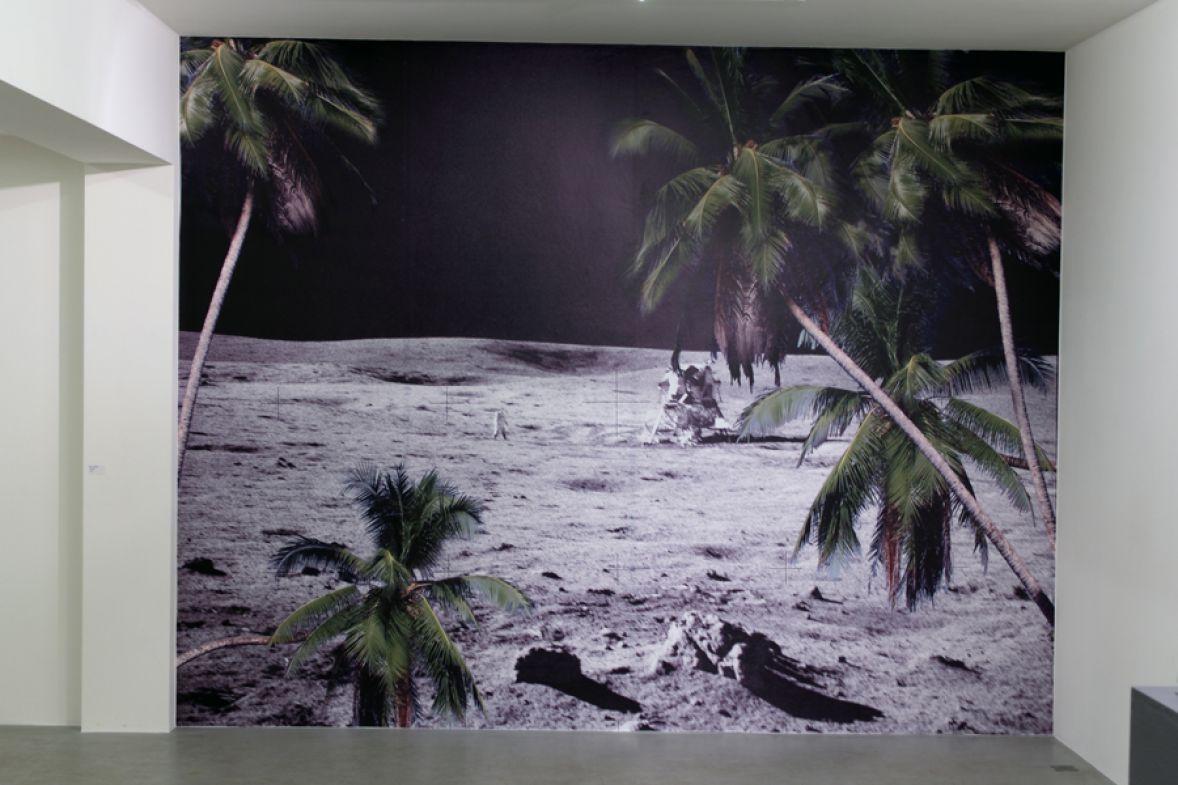 Krassimir Terziev is one of the most important Bulgarian video artists. His works are often dealing with problems of identity, political memory, and history in the globalized world while at the same time investigating the language of the digital technology used today. The artist uses the human point of view in order to track the way digital media are creating illusions, manipulating consciousness and producing modern myth or even cults.
In his new exhibition titled "Cosmopolis" the artist is not showing "films" in the conventional sense of the word although many of his works are related to the potential to produce suspense, to astound with scale and to convince us in the probability of the impossible. The impulse behind his motivation comes from fairly recognizable sources – these are among us – in TV, the propaganda films, the social networks, the on-line amateur photo streams; in the immense quantity of images copied and re-copied over and over again to the point of their complete anonymity and improbability.

While using the classical means of art such as drawing and watercolor, collage, documentary photography, the object and others, Krassimir Terziev is building up a specific distance between what we known and the gaze we use; that gaze which is inclined to interpret and "re-compose" depending on its ability and knowledge as well as on its tactical needs. One of the objects in the show has the title "Clean Sheet" (2013) and it offers the viewer to reexamine the territory of... Bulgaria. Another one "Monument to Times Past" (2013) is a (self)-portrait of a fanatic "user". The "Map of Routes between the Worlds" (2010) and "The Markets are..." (2013) function as a proof that there is no geography but only political economy. Our illusions, the ones we love and those we don't are dealt with in the show while stimulating questions about our visual orientation in the world.

At the end of last year Krassimir Terziev published as a book his unique study "Re-composition. Author, Media and Artwork in the Age of Digital Reproduction" ("East-West" and ICA-Sofia). The textual analysis of the links between the original (the archaic feature of art) and the copy – the tool through which we are able to modernize and globalize, might be seen as a theoretical "participant" in the show, a kind of a guide around the issues the artist-researcher is interested in.

The opening of "Cosmopolis" by Krassimir Terziev will have a unique continuation on Saturday, March 23rd 2013 at 2 pm at the Vivacom Art Hall in Sofia with his public lecture "In the Twilight of Post-media. Everything is Digital but can we talk about Digital art?" The lecture is part of the educational program "Introduction to Contemporary Art" organized by the Open Arts Foundation.