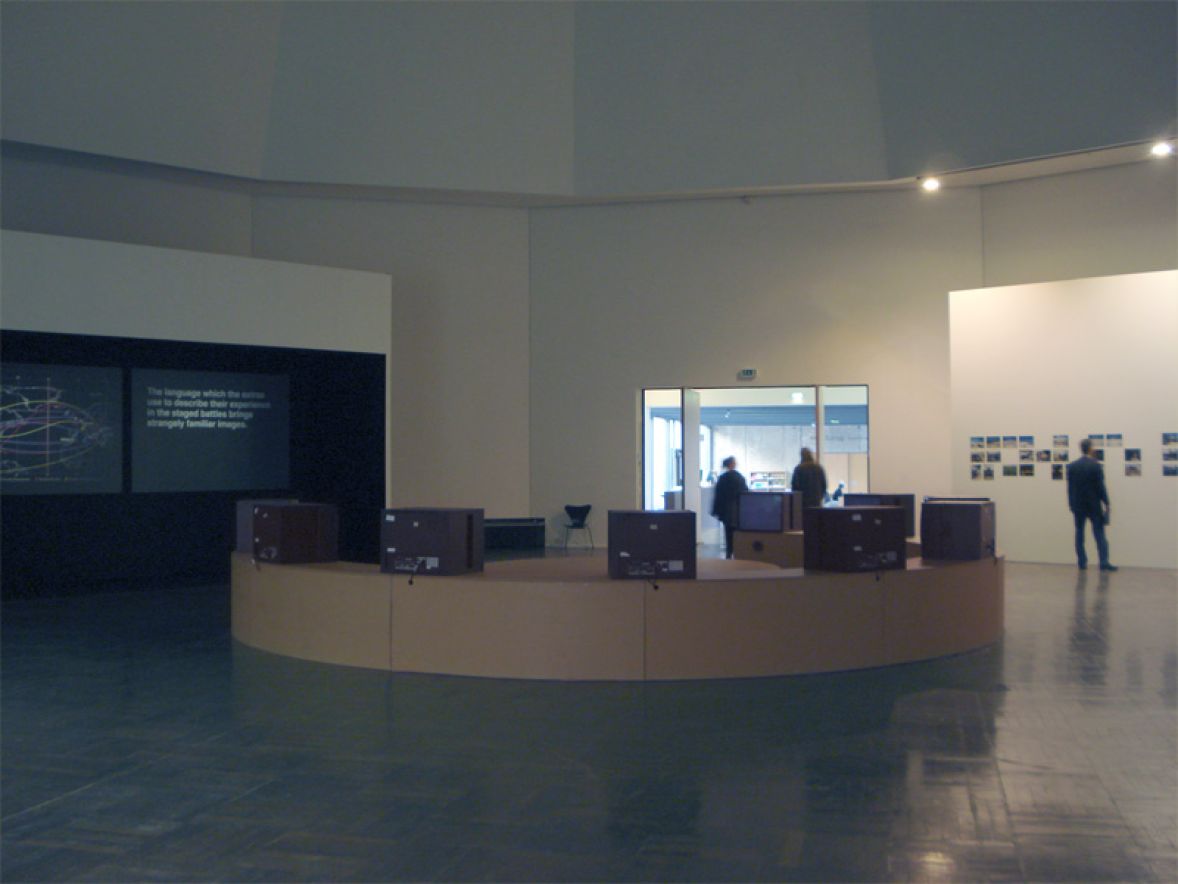 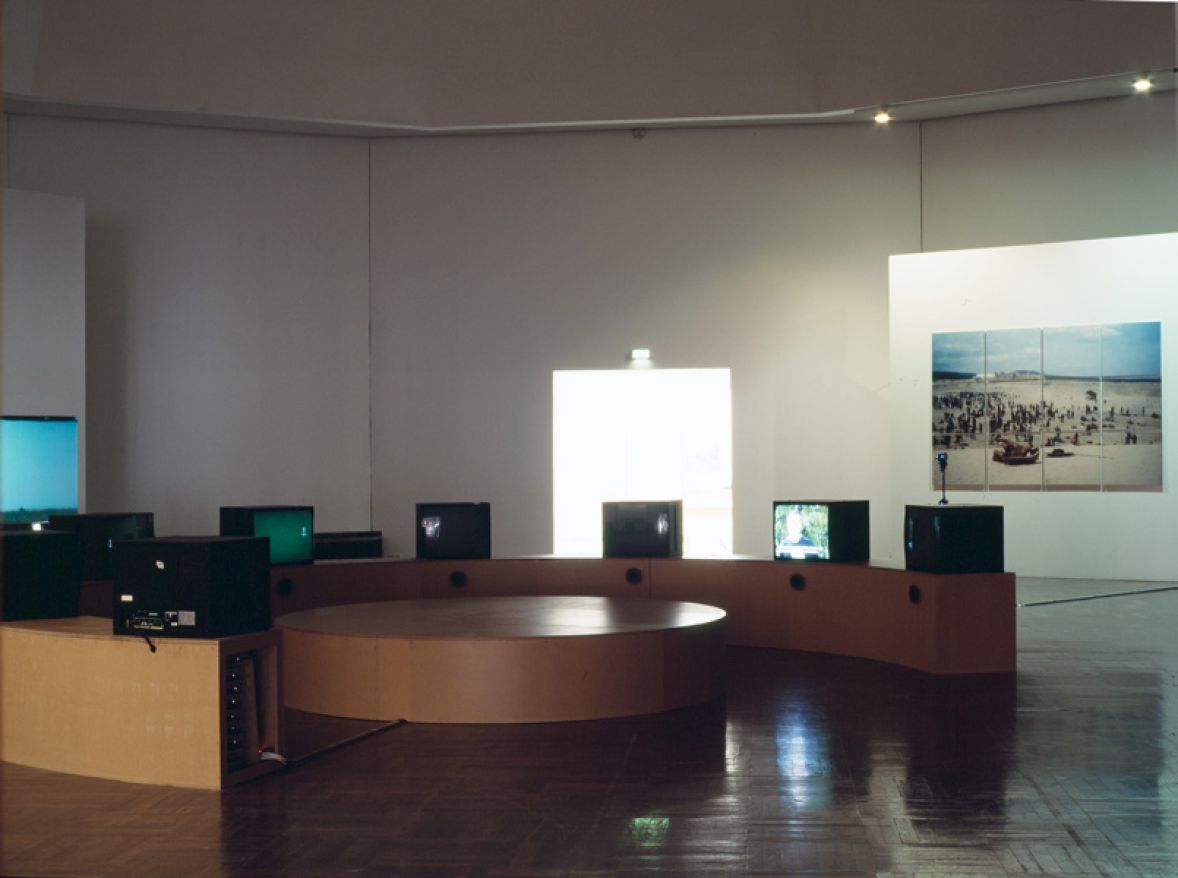 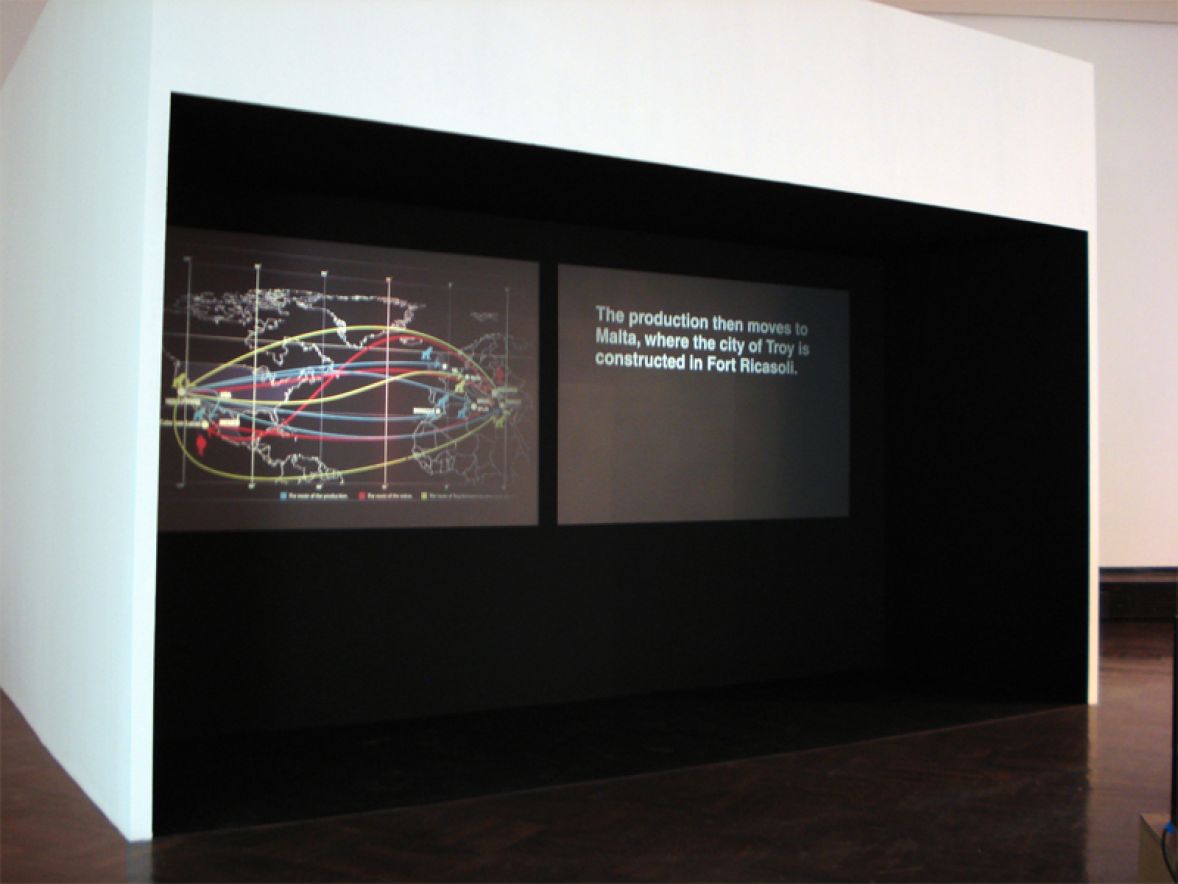 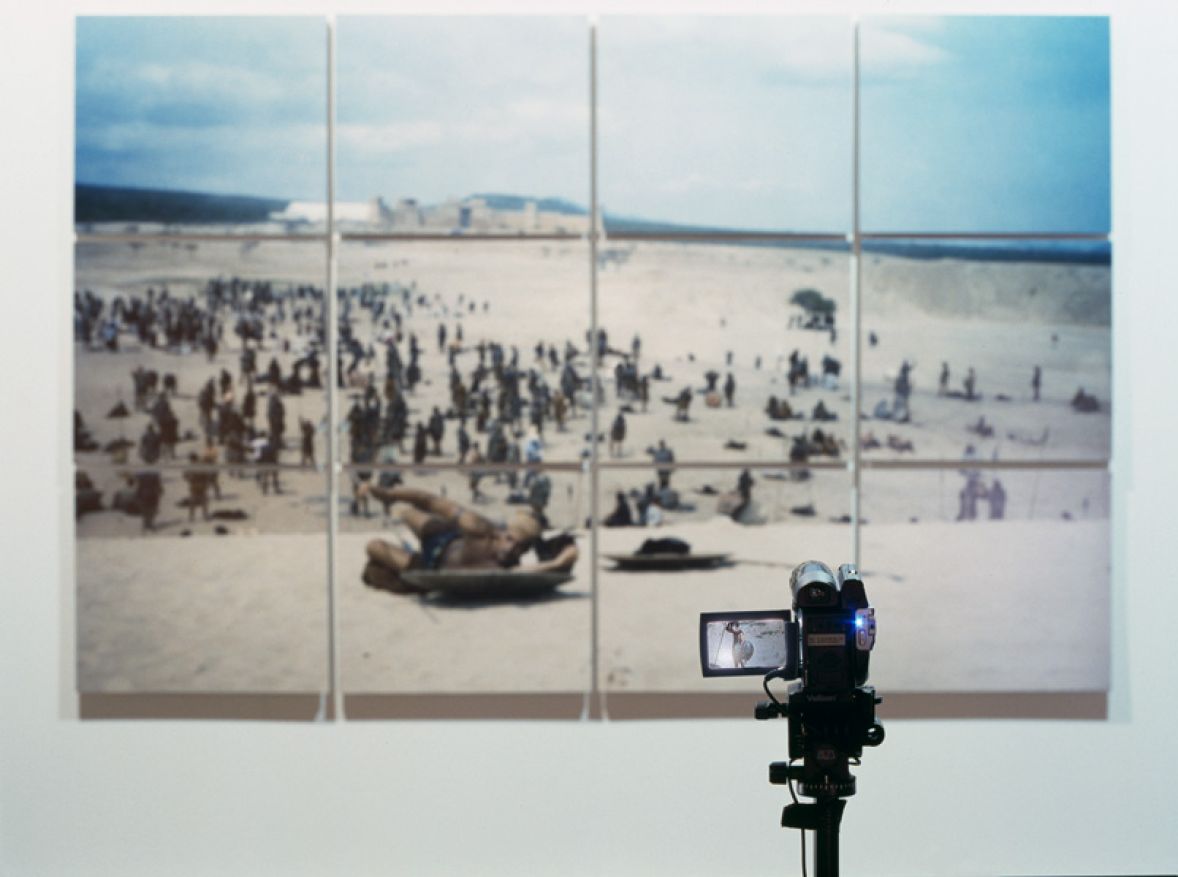 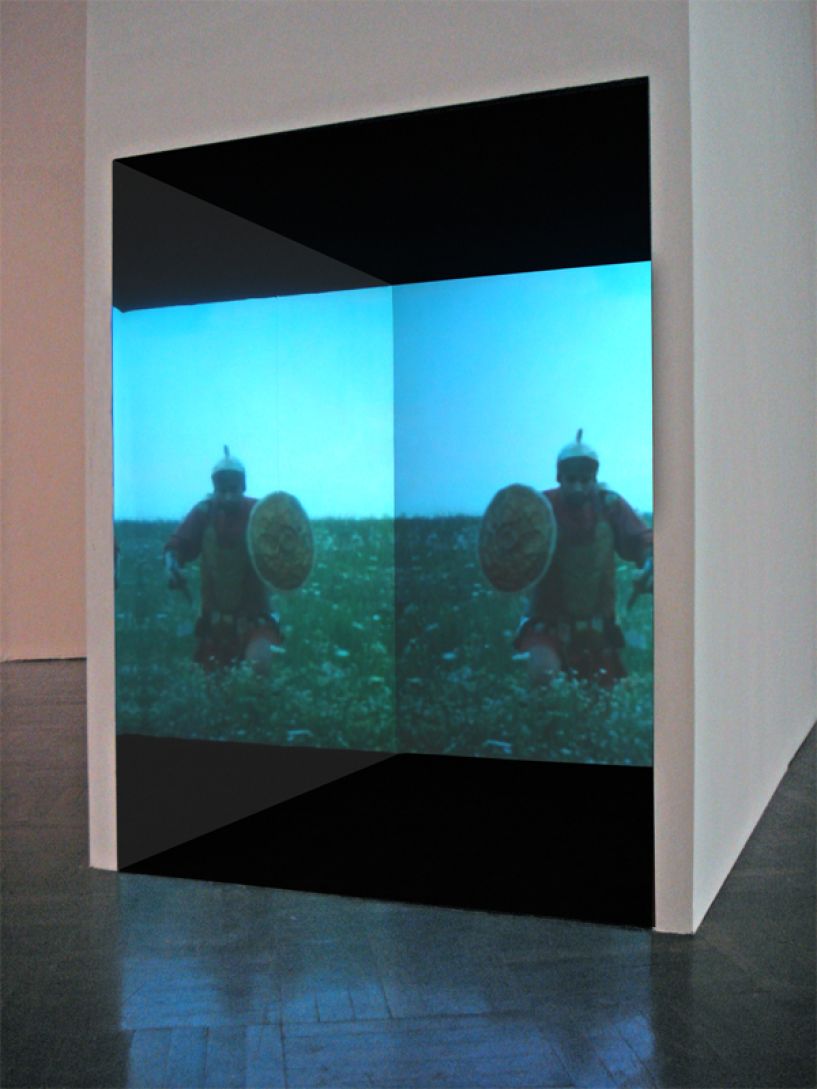 Background Action is a spatial narrative that reconstructs a journey into film making in a globalized mode of production.

It was a three-month long journey made by 300 Bulgarian men, hired by Warner Bros as “specialized extras” for the filming of the battle-scenes of the motion picture Troy (2004).

The Bulgarians were hired to represent ancient warriors from the Greek and Trojan tribes in the epic war, described by Homer in Iliad, that was to be brought to life again by the movie Troy.

And as in Iliad, where the entire Book 2 is dedicated to the narration of the alias of the Achaean and Trojan armies hired from all the lands in Homeric world, the 300 Bulgarians were hired along with 1000 Mexican extras to stage that war. The only difference is that they had to battle both sides depending on the filming plans of the day.

Most of them made the journey with the idea to see how movies are made, to see Mexico and to meet the great movie-stars. Some of them hoped they might be picked up and developed in the movie-business.

In fact the trip to the movie-world turned out to be a constant shift of the way they perceived their roles. The extras were totally confused by the technique of film-making. They saw only a few square kilometers of Mexico itself, the part of the desert where the film-set was built and where they spent 12 to 14 hours a day under the scorching sun. The stars were severely guarded, if they were ever there.

What was left as a memorable experience were the battle scenes that went completely out of control and became very real, with injuries and real blood on top of the emulated make-up, running horses and showers of arrows.

So that by the end of the filming, Warner Brother’s simplistic vision whereby the extras could be misrecognised as Greeks and Trojans became reality, and they became that ancient warriors in order to survive the actual fights.

Just like the warriors from Iliad they brought home their trophies and ransoms in the shape of photos and video recordings. These images stand on a shaking ground between touristic photographs, and documents of hyper-real events and environments. Epic scenes, coming from an ancient world, recreated by perfectly designed sets and costumes are suddenly ruptured by objects, gestures and practices from the everyday world.

The combination of these trophy-images with the personal stories of the extras, maps of the production activities and metaphoric figures creates a narrative that questions self-identification in a war staged by globalized film industry that far exceeds the boundaries of the motion picture.

A project supported by Akademie Schloss Solitude during a fellowship of the author in 2006.

All videos in the exhibiton: DV, transferred on DVD.
All photographs printed on DURST THETA/ Fujiflex Professional Crystal Archive by Printo BG, Sofia

In this project amateur photos and video footage made by the Bulgarian extras of
the movie ”Troy” are used with the previous agreement with the authors.