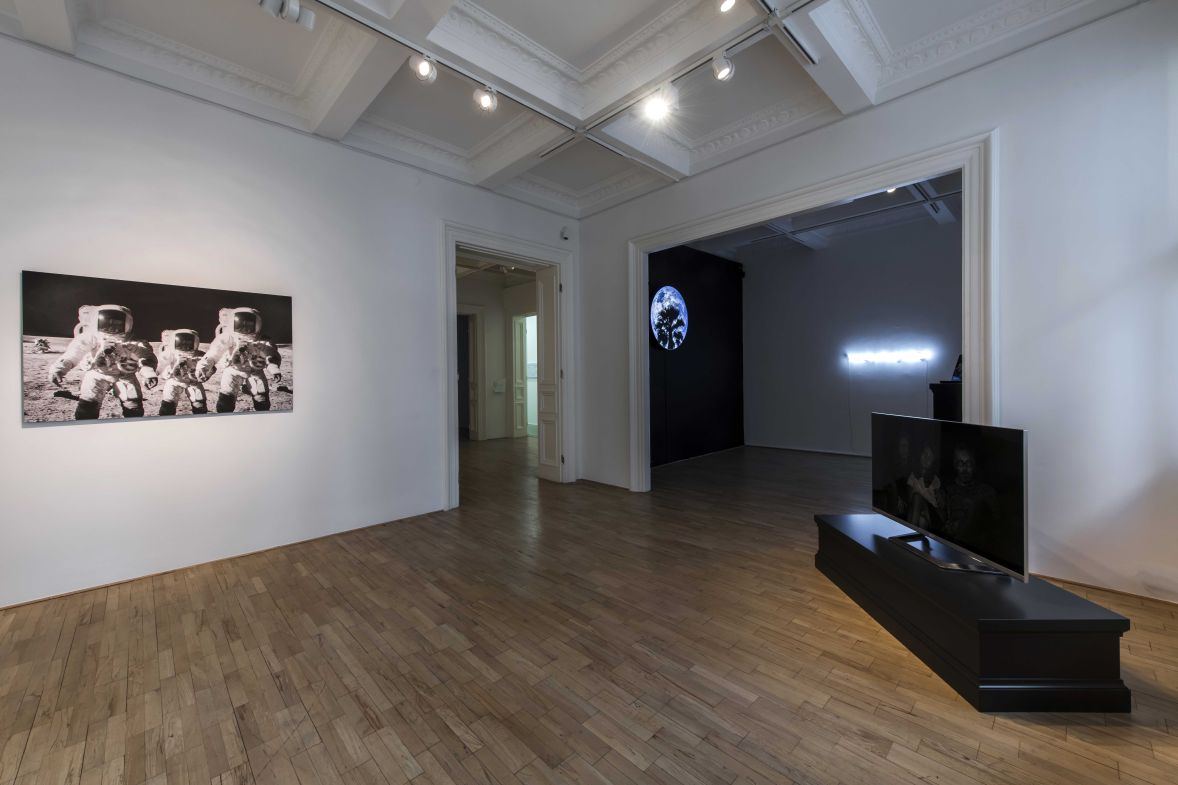 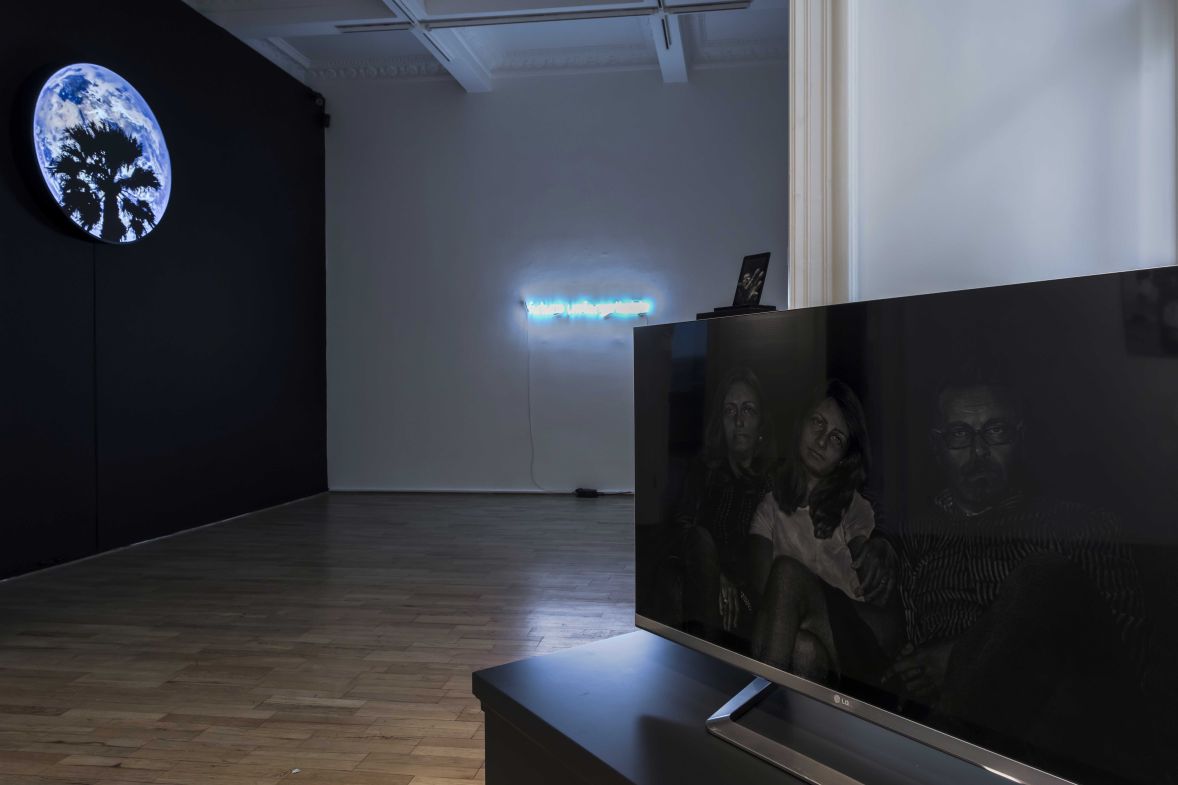 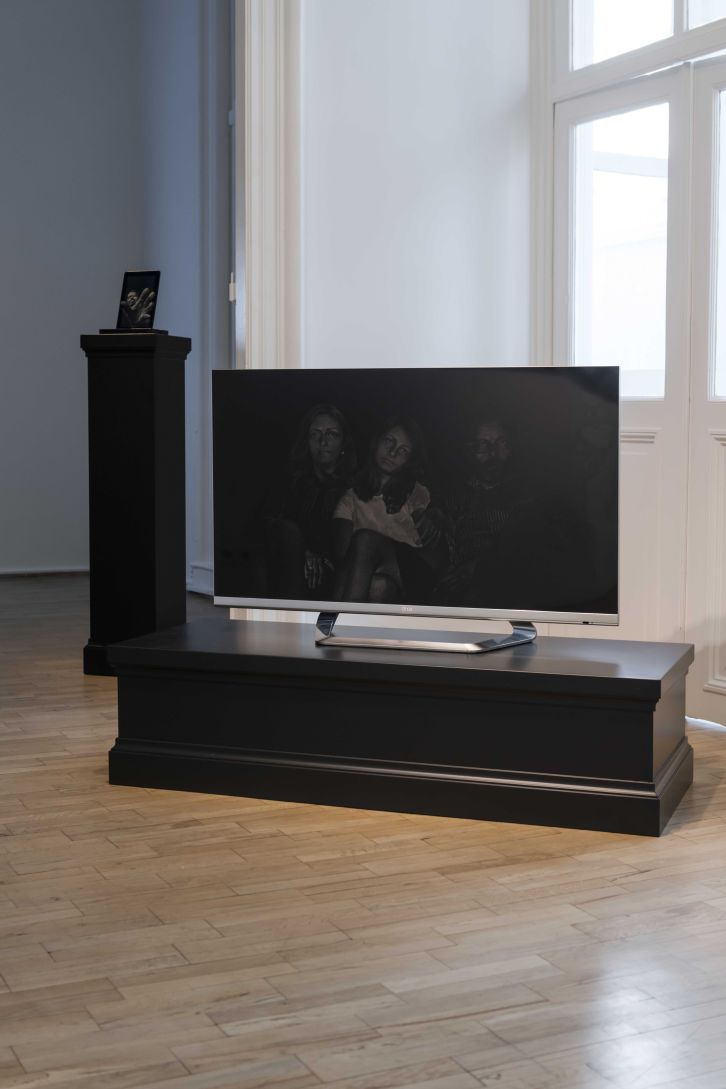 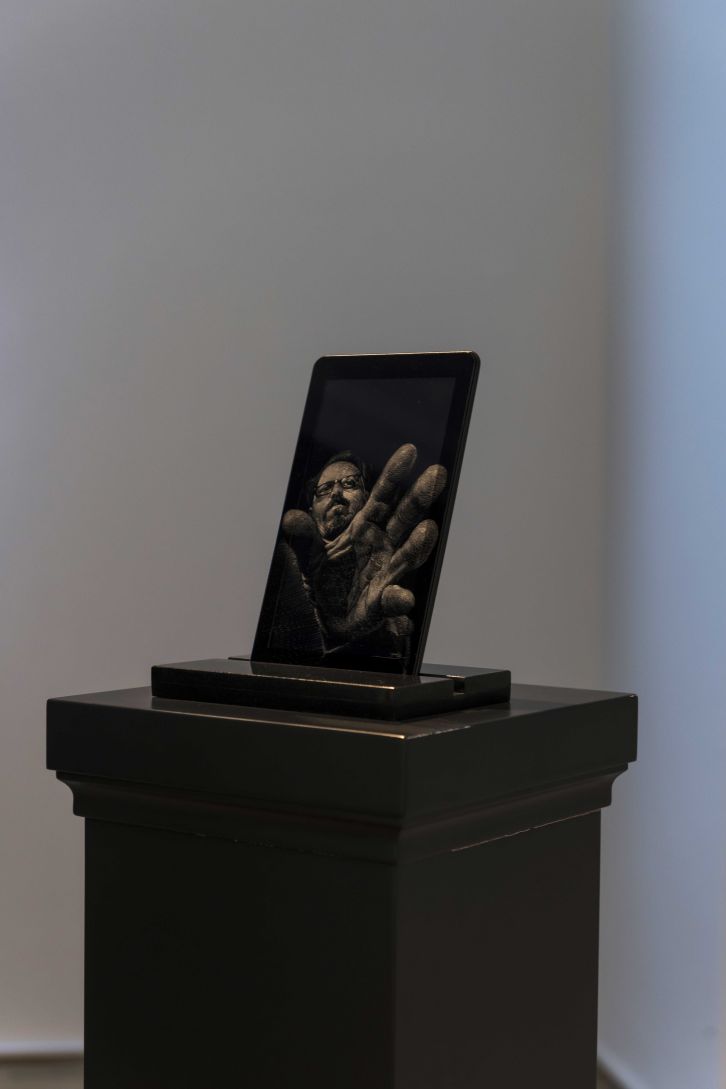 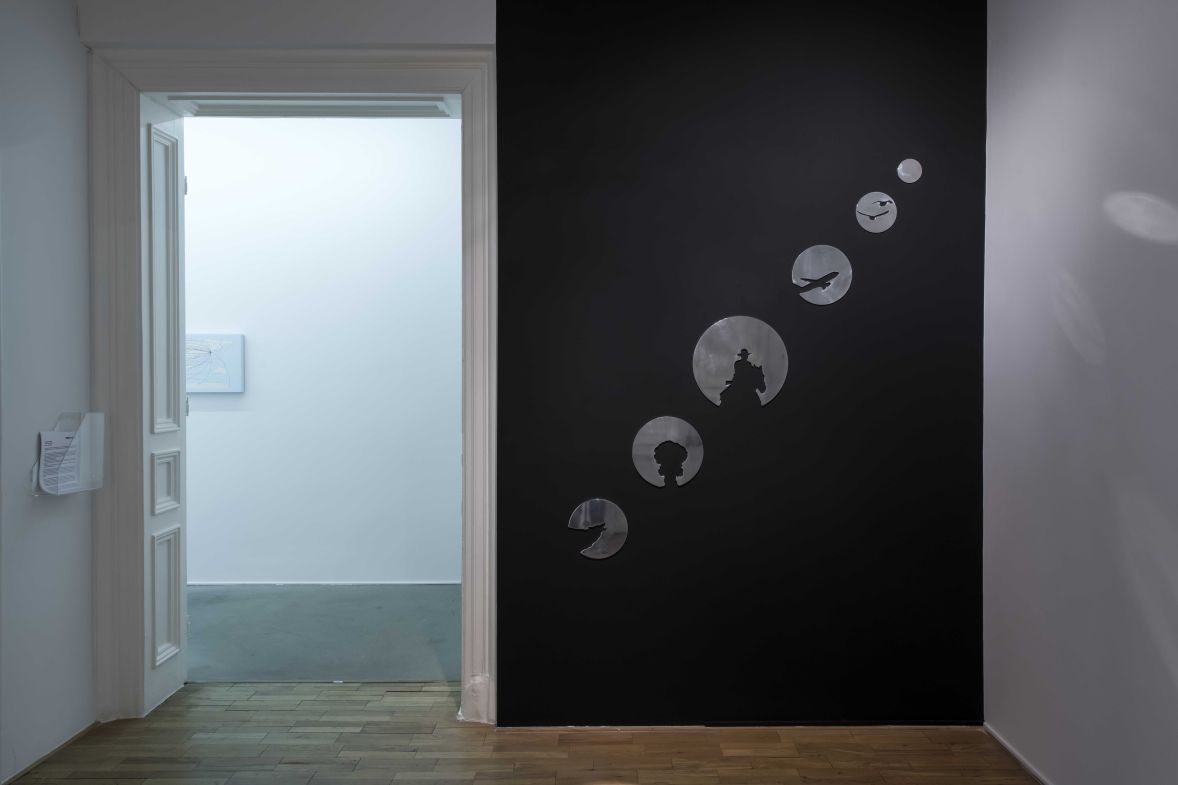 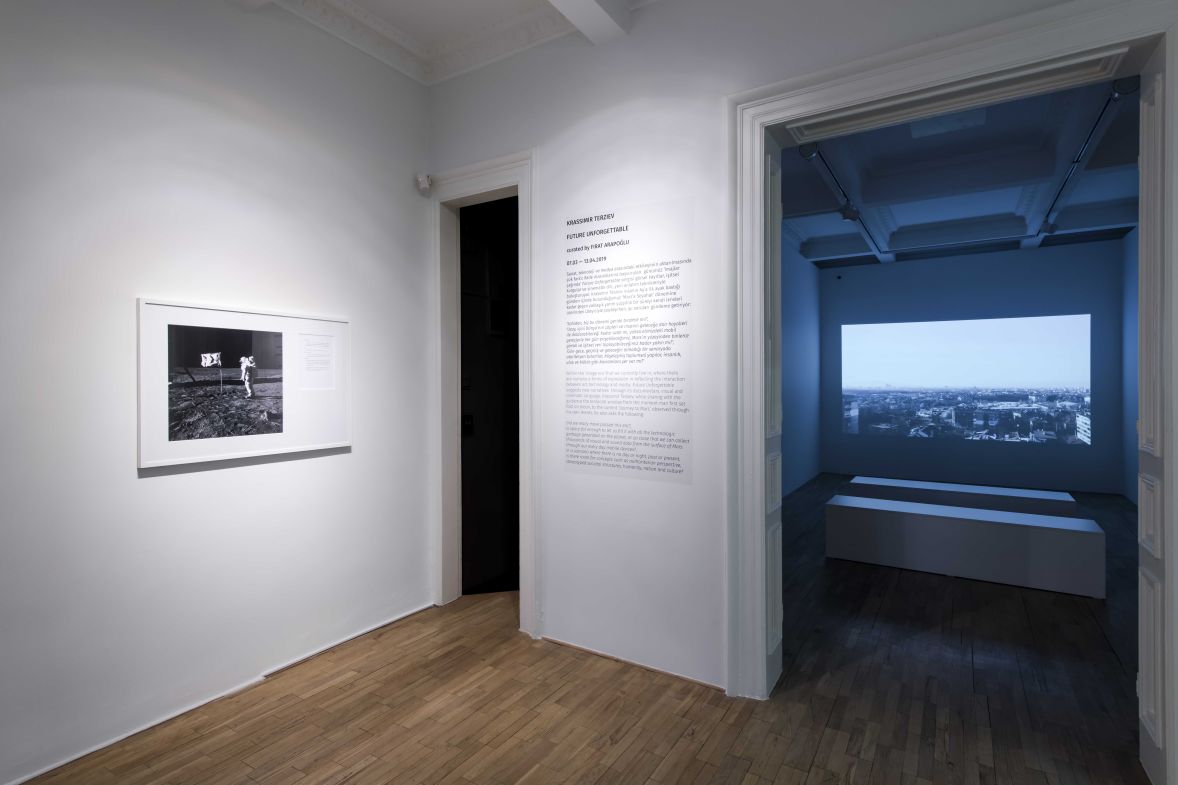 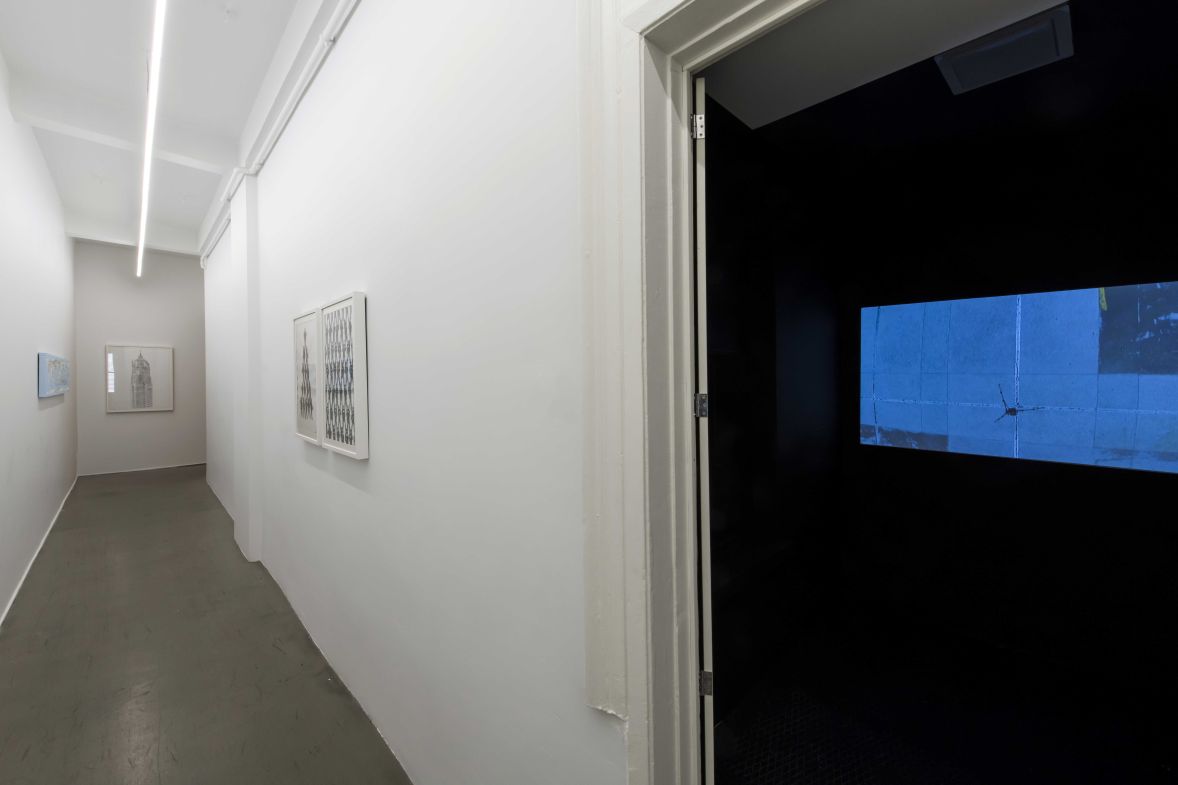 left: Worlds Routes Map, 2010; center: Study for Base and Superstructure, 2019; right: two drawings from the series Central; Between Flashback and Deja-vu I, 2015; courtesy Versus Art Project

in the foreground: A Message from Space. Reconstructions, 2008-2019; courtesy Versus Art Project 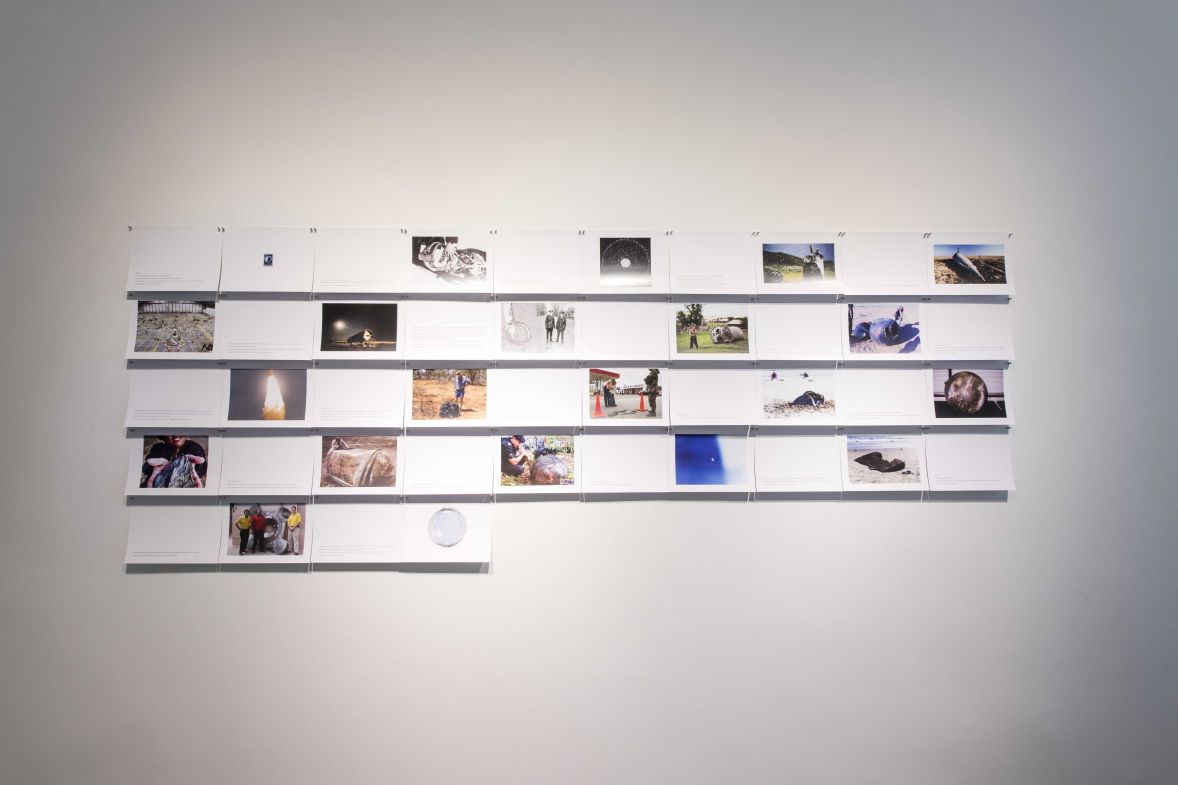 (from the Press Release of the exhibition)

Versus Art Project is pleased to announce the first solo exhibition of Bulgarian artist Krassimir Terziev in Turkey, titled Future Unforgettable curated by Fırat Arapoğlu between March 7 to April 13.

Within the ‘image era’ that we currently live in, where there are numerous forms of expression in reflecting the interaction between art, technology and media, Future Unforgettable suggests new narratives through its documentary, visual and cinematic language. Krassimir Terziev, while sharing with the audience the temporal window from the moment man first set foot on moon, to the current ‘Journey to Mars’ observed through his own lenses, he also asks the following: Did we really move passed this era? Is space far enough to let us fill it with all the technologic garbage generated on the planet, or so close that we can collect thousands of visual and sound data from the surface of Mars through our every day mobile devices? and In a scenario where there is no day or night, past or present, is there room for concepts such as authoritarian perspective, stereotyped societal structures, humanity, nation and culture?

Krassimir Terziev, who immerses himself into in depth research in his practice, aims to reflect the contradictions within the attempts of forming a civilized form of ‘space’ in his exhibition. That was both an artistic strategy, and a subject of study for the artist since 2008. Space debris, technologies, astronaut gear and and icons are a few of the main motifs Terziev uses throughout his array of work which focuses on the philosophical clash between human and machine.

As one of the first artists in Bulgaria to shift their focus from classic media to the digital in the 1990s, Krassimir Terziev has developed his own analysis of the visual medium seeing it as at once an instrument, object and goal for the artwork. Through utilizing mediums of video/film, photography, painting/drawing all together, the artist presents a new temporary reality through a translucent relationship between time and space. Terziev, invites the viewer on a journey through utopias and paradigms of the ‘invisible’ but ‘imaginable’, reminding us once again of the grand wish of the humankind to settle life in outer space. Svetlana Kuyumdzhieva states the following on the matter:

And in fact, if we are to accept the art of Krassimir Terziev as a journey, it’s a journey that moves at its own temporal pace. At each moment of the journey the question is raised about the depleting – or already depleted – possibilities for a future. This is a journey that certainly does not end with the shutting off of the monitors; there’s also nothing superhuman there in Kubrick terms. A journey that always ends with the return to the artist’s grounding I, -- forwards to the present and back to everything that was once a future.

For further inquiries, please contact: Tuana Pulak - Assistant Director This email address is being protected from spambots. You need JavaScript enabled to view it.

Kuloğlu Mahallesi Gazeteci Erol Dernek Sokak No.11/3 Beyoğlu İstanbul www.versusartproject.com This email address is being protected from spambots. You need JavaScript enabled to view it. 0212 258 14 14